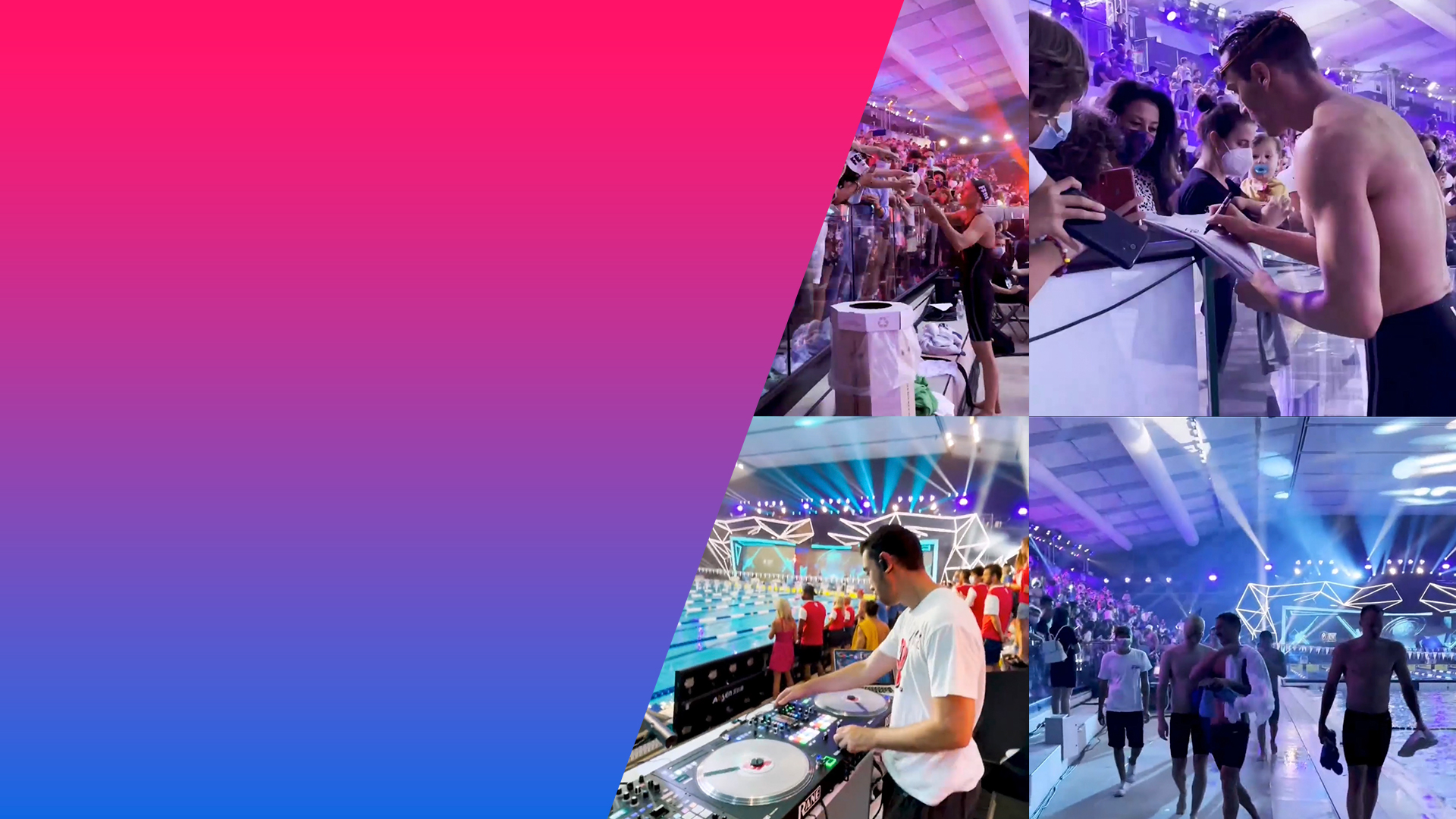 The International Swimming League is a worldwide swimming sports organization. They are our longtime partner for whom we’ve been building branded media and creating content for the last several years.

Because of the pandemic, thousands of fans were unable to come and watch the competition live. So ISL asked SLON Media to help them create the content which can simulate the effect of presence for the remote audience. The main task was to increase brand loyalty and maintain the connection with the audience by creating situational content to substitute the real presence on the ISL games in Naples and Eindhoven for the fans.

We came up with an idea to broadcast the course of the event and the life of the athletes “outside of the swimming pool”. Our team decided to make content that would create the effect of presence for the social media audience — diaries about the life of the ISL.

We filmed backstages of the competitions so the viewers could see the training process: how athletes warmed up, what they usually do before the swims. The cameramen also filmed short interviews with the winners and captured the emotions of the real-present audience.

SLON Team filmed all 18 matches and used the footage not only during the season, but also after the competition to prepare content for social media during the off-season.

Interviews with athletes and coaches

ISL athletes and staff also helped us with producing tons of UGC content for social media. They filmed footage of the athlete’s leisure time and events that were never shown before to ordinary visitors to the ISL events.