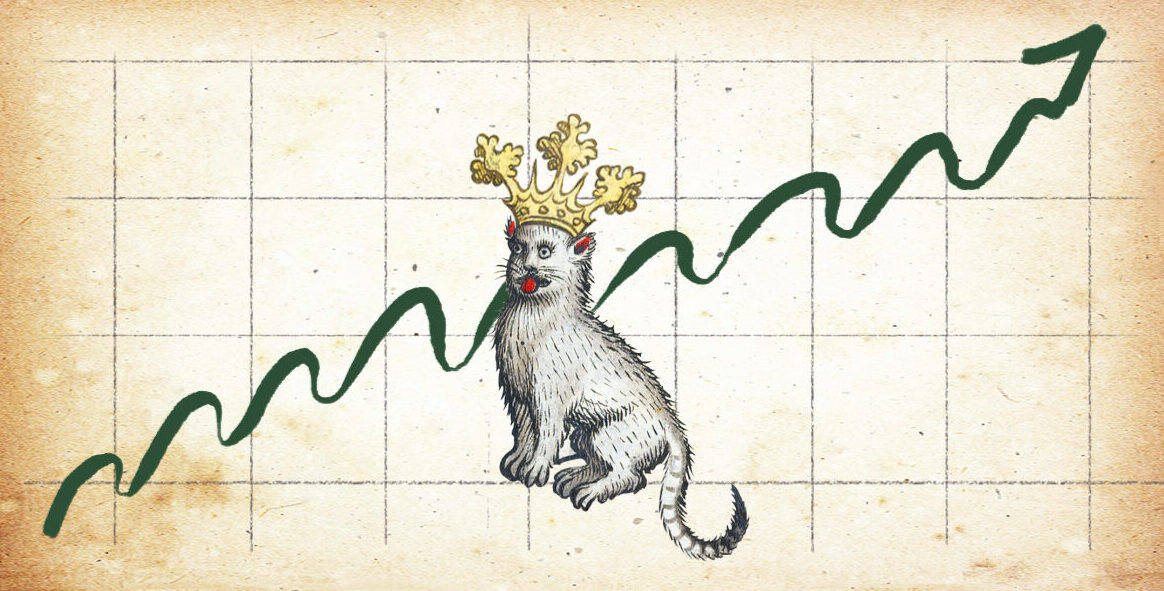 What is the missing link between The Middle Ages and Cryptocurrency? We’ve tried to find it for Capital.com and Currency.com.

The client wanted to improve the social media image of his products – a trading platform Capital.com and a regulated crypto exchange Currency.com. We provided them with our dedicated creative and marketing team.

Our task was to refresh the corporate style for social media posts for both platforms, create engaging content and manage social media pages for multiple regions to increase the interaction with the community and draw new users.

The whole work process was divided into 3 sections:

The client was interested in futuristic design, NFT art and apps. Our team prepared several mood boards for approval.

Once the new corporate identity was defined, we developed 20 templates for the social media posts and avatars for Facebook and Twitter profiles. We also arranged guidelines on how to use the new identity for the client’s in-house design team.

Based on the client’s ideas and scenarios, we created 10 original GIFs in the authentic medieval style for Capital.com and 8 GIFs for Currency.com. Each GIF was made in different variations, sizes, and formats.

A total of 164 GIFs were prepared for Capital.com and 32 for Currency.com. The client uses GIFs primarily on Twitter to communicate with the community and to promote the brand.

Maintaining the main social media accounts in English was always on the client’s side, but they needed a hand with maintaining regional accounts for both products. Including translation of posts and visuals from the main account and subsequent posting in the regional accounts.

The complexity of the task was that both Capital.com and Currency.com had 5 regional accounts (Spanish, Vietnamese, Malay, Arabic and Thai) and needed to publish 5 posts per week on three platforms (FB, Instagram, Twitter).

In total, we’ve been translating, editing the visuals, and posting 10 original posts every week on three platforms.

We also launched ad campaigns for several accounts. The main goal was to increase the number of subscribers. In two months, the number of followers of the Capital.com Facebook page for the Latin American region has grown from 0 to 9530 followers. Before the launch, we carefully analyzed the target audience. During the campaigns, all indicators were constantly monitored and the creatives were alternated. The reports were provided to the client weekly.

Over 8 months we published about 140 posts in each account. We also managed to work with such localizations as German and Portuguese (about 100 posts in each of them).