Get offer
Thank You!
Your submission has been received. We will contact you soon. If you have any questions, please contact at hi@slonmedia.com 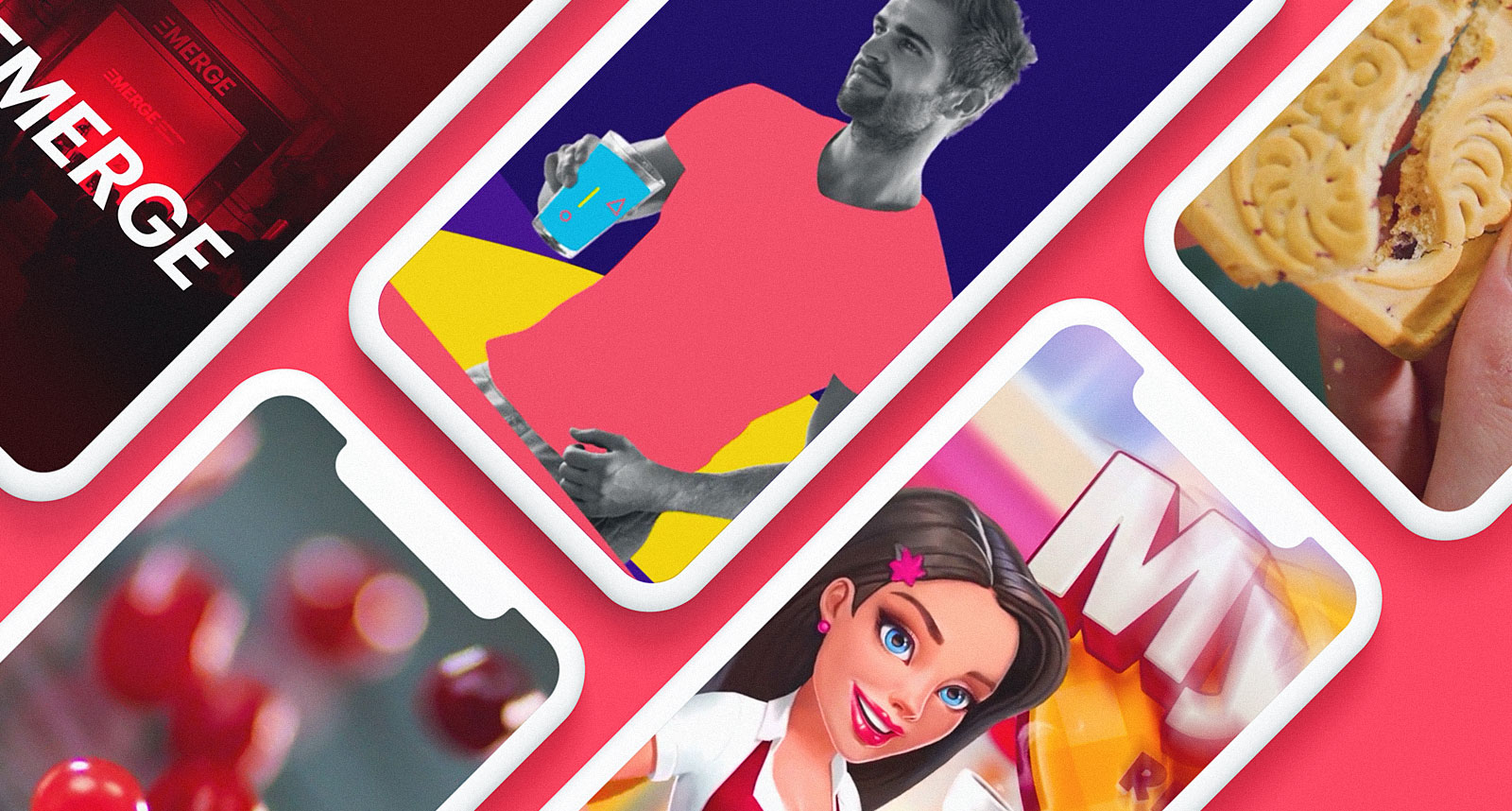 In the endless battle for users, mobile ads are gradually shifting towards new formats. Advertisers take advantage of social platforms and their new features to make something more engaging than usual banners and creatives. Today it’s pretty common to experiment with a new ad format that pushes the boundaries of interactivity even further. It’s called playable ads.

But have you ever thought that this type of ad can be used not only for promoting your products but also for testing concepts? Let’s take a deeper look at the features and forms of playable ads, check some examples, and find out how creative playable can help you to test your potential product

What Is a Playable Ad?

Playable is a fully interactive type of advertising. It offers users interactive gameplay elements, also known as microgames. At the end of these ads, there are usually Call-To-Action elements.

The most important thing is that they really draw the attention of users by offering a small game to play. They provide not just advertising features but also a fully engaging experience.

At first, this new form of ads appeared in the mobile game industry, where it still shows good results. But now it became pretty common in the general mobile app advertisement industry. Playable Ads give 6-7 times better results than static creatives with the same budget for the campaign. 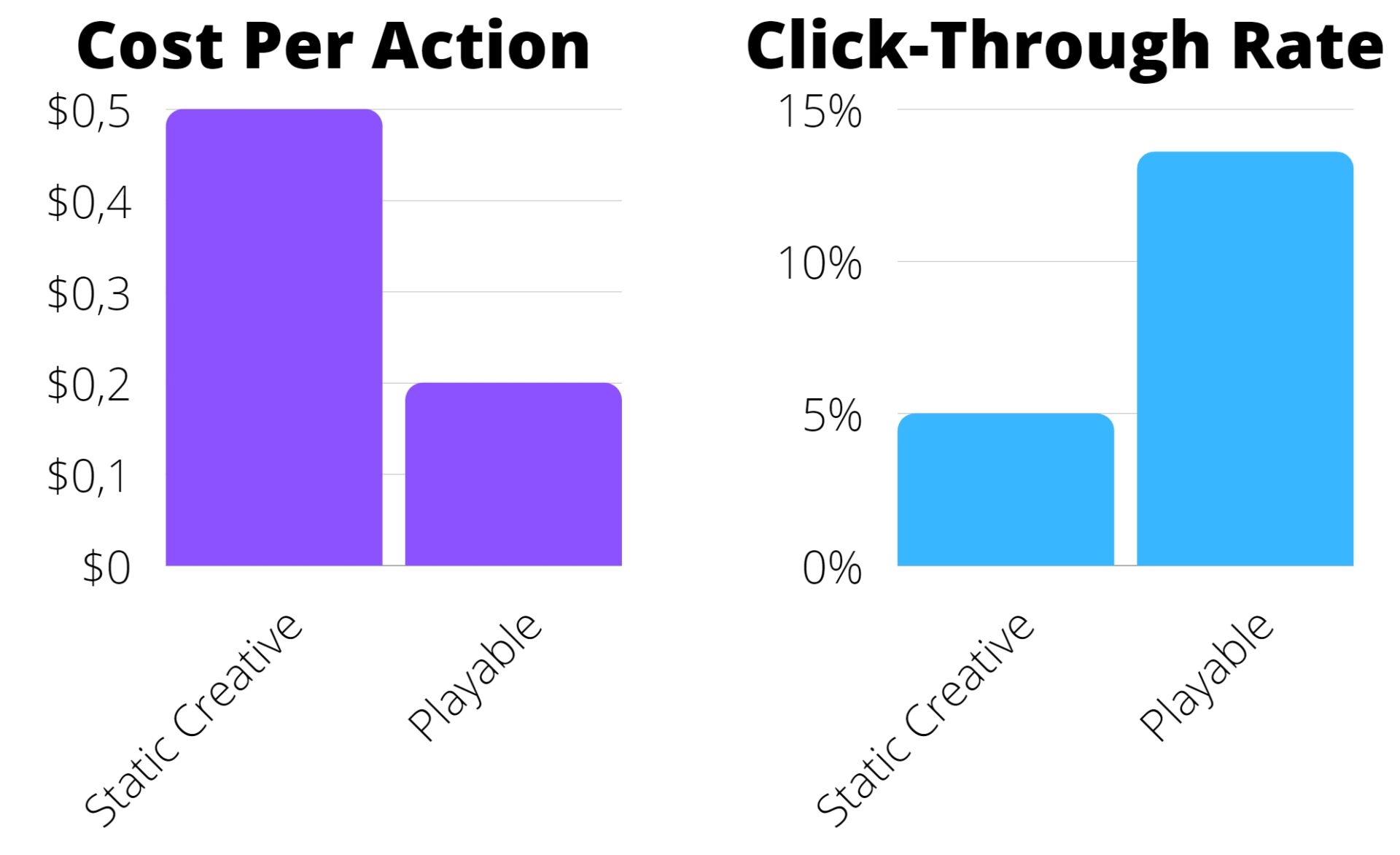 Why is Playable so effective?

Structure of a Playable Ad

The average duration of a playable is about 15-20 seconds. More is usually less effective. The content of it can be divided into 3 parts: tutorial, gameplay, and the so-called end card.

Remember: Users should always have an option to close or skip an ad and feel in control of the situation. Thus their experience from interacting with a playable will remain positive.

Where is it used?

Playable is the most popular option among mobile game publishers of all sorts of games. This is especially effective for casual and strategy games where the gameplay is pretty simple (no training required and the process comes down to elementary interactions like swipe or tap).

Arcade, board, card, and puzzle games are also great for this format.

It will work for other industries as well. You can create engaging gameplay that features any product. Playable can work in the form of a quiz, photo editor, AR mask, and many more. You name it!

However, there is also a way not only to promote ready products or apps with the help of playable ads but also to test creative concepts and improve them. Just like you test creatives and hypotheses during campaigns. It can save your budget by finding a concept that will really attract users.

For example, you can test completely different game concepts or just variations of gameplay elements. It looks and works the same way as an ad for a ready app. The only difference can be in target action and, as a result, CTA visuals. As a result, you will get an idea of what concept worth developing an app or which features to include.

Ad formats are still moving forward. Playable ads will develop, as well as the user’s interest in it: soon it will be possible to register, subscribe, and buy items within ads. Users are becoming more and more engaged in a process. They like to interact and make a choice. The task of an advertiser is to create an engaging space for this choice and benefit from it, whether it to increase installs or to test concepts.

Today is the right moment to try it on for your next promo campaign. Let’s get in touch and discuss how SLON Media can develop a playable ad for your product and creative concepts!